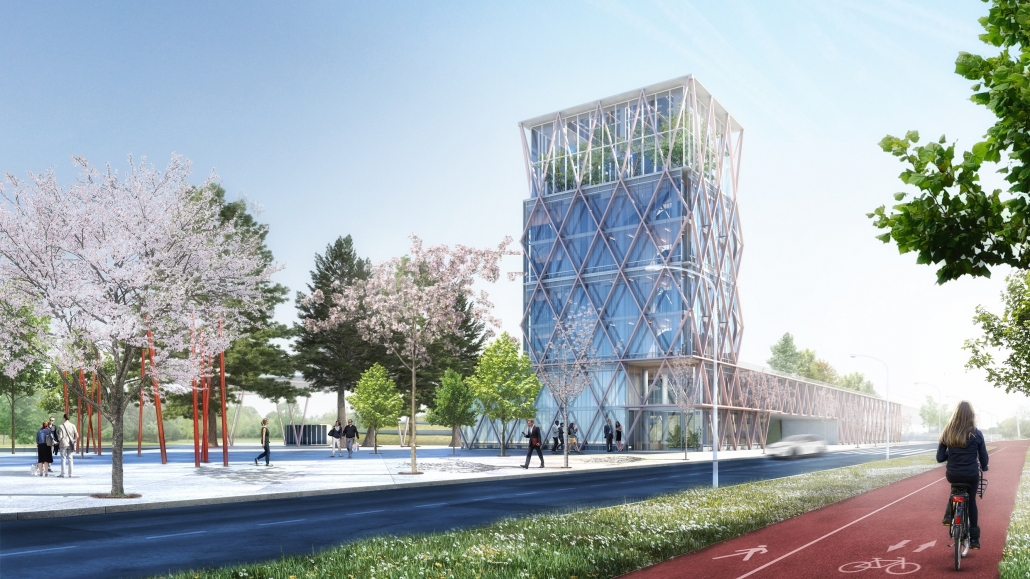 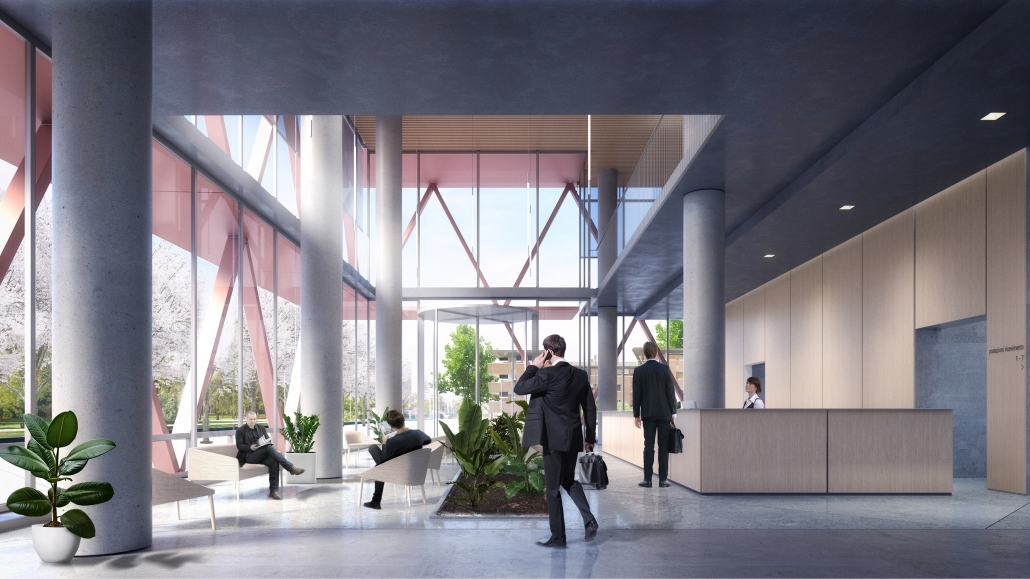 Situated in the outskirts of Bologna, the abandoned site of the former Perotti barracks was the subject of a two-stage design competition launched by the Agenzia del Demanio (Italian State Property Office).

The first stage required the development of a master plan for the area. The existing buildings, demolished in their entirety, would be replaced with the new local headquarters of the Agenzia Delle Entrate (Italian Revenue Agency) as well as a large amount of new residential units and a vast public space. The second stage required a focus on the HQ building, which consists of offices and a massive space dedicated to an archive.

Awarded with the first prize by the jury headed by Dominique Perrault, our proposal creates the perception of a continuous green infrastructure. The rubble resulting from the demolitions creates a hill on the sides of the plot towards the Po flatland. This hill is fundamental to screen the area from the noise coming from the nearby railway. Similarly, a set of terraced residential buildings are envisioned as an inhabited hill on the opposite side of the plot. The new green infrastructure protects the area climatically and hosts a series of public functions: a bike path, panoramic walking paths, an inclusive playground, and an open-air theatre.

In the middle of the plot, an urban park includes a series of organic islands that recall the design of the surrounding hill. Here a set of public functions complete the palimpsest: allotments, a fruit garden, a dog park, and a section dedicated to phytoremediation.

The significant volume of the archive, revealed through a large glazed facade, features an accessible green roof that multiplies the possibilities of using this space, creating an organic relation between the citizens and the public administration. Instead of being a massive box mostly devoid of human presence, the new archive building results in an ample green space that determines lower maintenance costs and offers a new sightseeing perspective on this marginal urban landscape.

In the opposite corner, to the South West, a grand piazza characterizes the primary access to the area, featuring preserved ancient cedar trees and a covered space dedicated to a local farmer’s market.

The facades of the new buildings feature an exterior metallic reticular structure that satisfies a series of requirements, including the definition of a clear and recognizable facade for this future landmark as well as reducing to a minimum the impact of structural elements to the interior space.

The project defines new resilience and comfort standards, both to the scale of the building and of the neighborhood. The building falls within energy class A4, qualifying it as a ZEB. Taking into account all aspects of sustainability and circularity, we have measured construction on LEED criteria, achieving class LEED PLATINUM.